We are a small family run business. All our Hardwood logs comes from sustainable, managed woodland and forests as well as managed tree thinning.

At Oak Hill Logs, we offer only the best quality hardwood firewood. All the hardwood logs are seasoned for 2 years and we have a large stockpile of logs which are stored undercover.
The log lengths are from 8″ to 12″ long, with the majority being 10″. 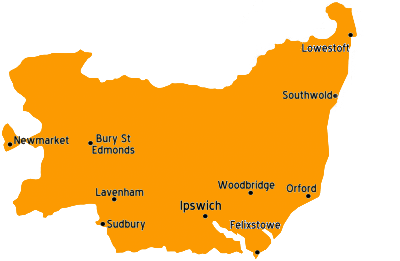 Other Locations We Cover near Aldeburgh

Benefits of using our hardwood logs and services in Aldeburgh

Oak Hill logs are available all year round as we stock our own firewood at all times so our customers are never disappointed. If you’re looking for logs, kindling or coal for your fire pits, fireplace, multi fueled stoves or just want to stock up for the winter, we can supply the firewood you need. See below for the different species of wood we supply:
We at Oak Hill logs believe in going that extra mile in service for our customers and we value our customers, that we deliver and also stack the logs for you at no extra cost. If you want to know more about Oak Hill Logs, call us any time for a friendly chat about your hardwood firewood requirements on
07985 709 621 or email us at info@oakhilllogs.co.uk. Hardwood firewood – Aldeburgh.

The name “Aldeburgh” derives from the Old English ald (old) and burh (fortification), although this structure, along with much of the Tudor town, has now been lost to the sea. In the 16th century, Aldeburgh was a leading port and had a flourishing shipbuilding industry. The flagship of the Virginia Company, the Sea Venture is believed to have been built here in 1608. Aldeburgh’s importance as a port declined as the River Alde silted up and larger ships could no longer berth.

Aldeburgh is an English town on the North Sea coast in the county of Suffolk, to the north of the River Alde. It was home to the composer Benjamin Britten and has been the centre of the international Aldeburgh Festival of arts at nearby Snape Maltings, founded by Britten in 1948. It remains an art and literary centre, with an annual Poetry Festival and several food festivals and other events. As a Tudor port, Aldeburgh was granted borough status in 1529 by Henry VIII.

This website uses cookies to improve your experience while you navigate through the website. Out of these, the cookies that are categorized as necessary are stored on your browser as they are essential for the working of basic functionalities of the website. We also use third-party cookies that help us analyze and understand how you use this website. These cookies will be stored in your browser only with your consent. You also have the option to opt-out of these cookies. But opting out of some of these cookies may affect your browsing experience.
Necessary Always Enabled

Any cookies that may not be particularly necessary for the website to function and is used specifically to collect user personal data via analytics, ads, other embedded contents are termed as non-necessary cookies. It is mandatory to procure user consent prior to running these cookies on your website.